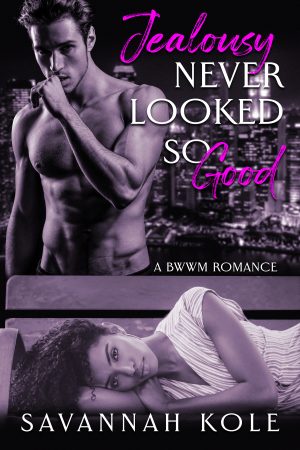 Capri Harris already has a boyfriend, the prized, pro-bound defensive-end, Truett Young. Truett was always her football hero, until she finds he’s been “sex-ting” her roommate Ivy, for the past six months.

It was supposed to get them both jealous, pretending to hook up with Ivy’s white boyfriend, but Capri can’t seem to get Xavier’s kiss out of her mind!

Xavier Romano has a hidden agenda. His father has forced him to find a bride or he will stop paying his college tuition, his car lease, and give his inheritance to his younger brother. He was going to propose to Ivy, but Capri’s loveliness keeps him up at night.

Find out what happens in this modern day love rectangle.